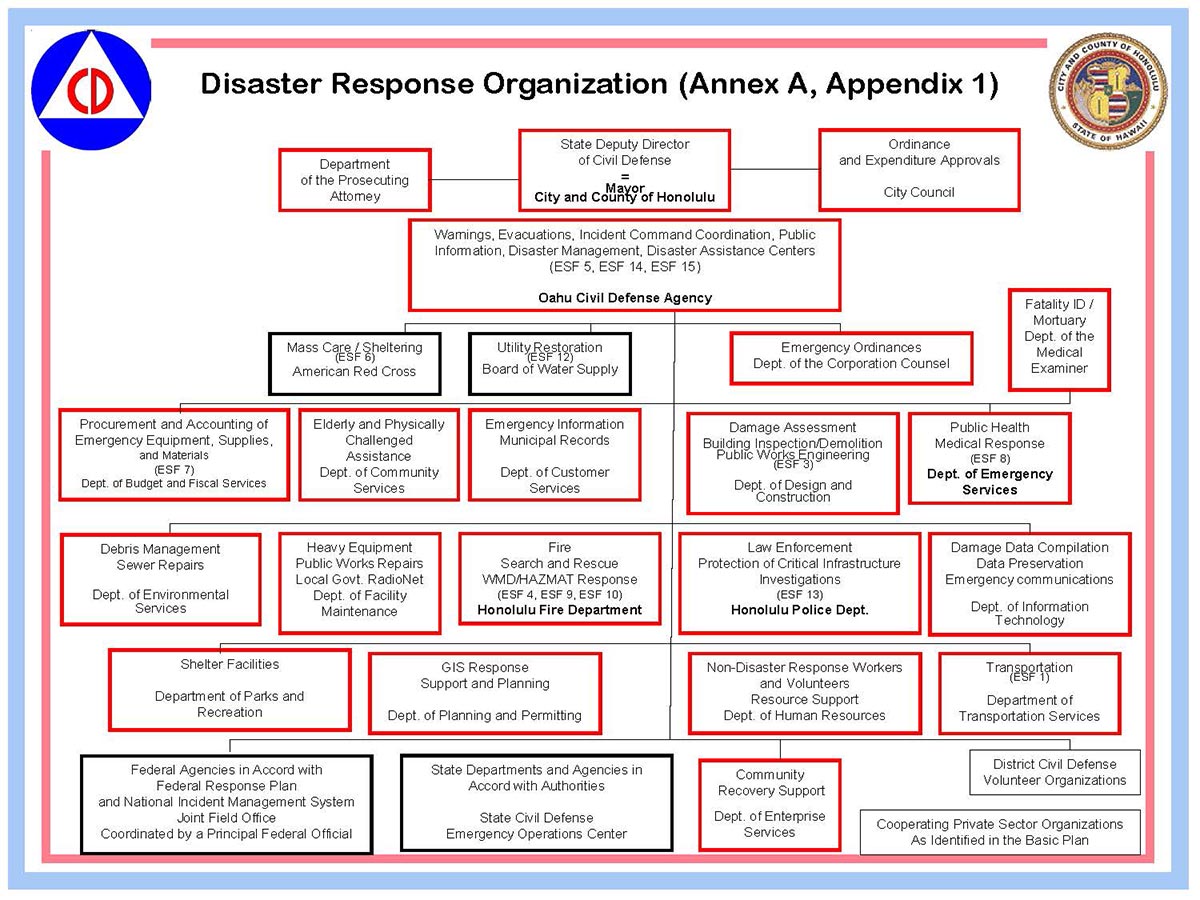 These projects constituted major plan updates in the aftermath of the September 11, 2001 Al Qaida terrorism attacks. Comprehensive updates and enhancements of the Emergency Operations Plans (EOP), which included a new Terrorism Incident Response Plan for managing the consequences of terrorist incidents involving weapons of mass destruction. The Basic Plans establish the roles, responsibilities, and the disaster response organizational structure of each County. The new EOPs also integrated the National Response Plan (NRP) and National Incident Management System (NIMS), Homeland Security Advisory System, as well as other requirements and response organizations of the Department of Homeland Security. Detailed information on each department’s role is found in the Functional Annexes, along with checklists for departmental tasks spanning preparedness, mitigation, response, and recovery. Means of ensuring Continuity of Government and Continuity of Government Operations, and Emergency Public Information protocol were addressed.

Development of the plans utilized periodic detailed meetings with the county emergency managers, providing scientific and technical information assistance and scenario development for each type of disaster, hazard and risk analysis, and conducting multiple workshops with all county agencies. Although each county’s EOP has a similar appearance, in fact they have been tailored to the county government departmental structure, legal charters, and existing capabilities / organization of each department, but coordination with State Civil Defense and the National Incident Management System is maintained. These plans were comprehensively reviewed by each department of each of the counties and by State Civil Defense. The approximate number of stakeholders directly involved was well over 200.